ASPA was invited to take part in the Annual Patent Attorney’s Day and President’s Meeting organised by the Japanese Patent Attorneys Association (JPAA). Mr Desmond Tan, Secretary of ASPA, attended the event on behalf of ASPA and provided this trip report.

The Annual Patent Attorney’s Day and President’s Meeting was held on 1 July 2015 at Hotel Okura, Tokyo.

Mr Yoshida mentioned that the APAA is supportive of the GD and believes that both applicants and practitioners will benefit from the GD.

Mr Welch shared insights from engaging with the IP5 patent offices and WIPO on both the GD and ePCT when representing AIPLA. He mentioned that the IP5 offices are committed to the workability of the GD and WIPO is maintaining a watch on the progress of the GD as their own ePCT system is gradually implemented.

Mr Jiang shared insights that the number of utility model applications in China is substantial, and agrees with Mr Tan’s suggestion.

Mr Welch shared a view that the GD would be beneficial for practitioners as it is anticipated that filing numbers will increase after the introduction of the GD.

All the invited attendees were hosted by a number of JPAA committee members for informal discussions.

A common topic for discussion centred on the APAA conference which is being held in Okinawa in November. Issues discussed ranged from the sizeable nearly maximum number of sign-ups even before the end of the early bird window, to the limited number of hotel rooms close to the conference venue and the lack of direct flights to Okinawa.

Another topic of discussion centred on how the Japanese patent attorney profession is centred in Tokyo, and only a small proportion of patent attorneys are found outside of Tokyo.

The fact that a substantial number of Japanese firms were one or two man firms was also discussed, and the issue of leadership succession was correspondingly discussed at length.

There was approximately an hour of speeches by executive members of the JPAA to the other members in attendance, followed by a standing-only buffet spread of exquisite Japanese cuisine. 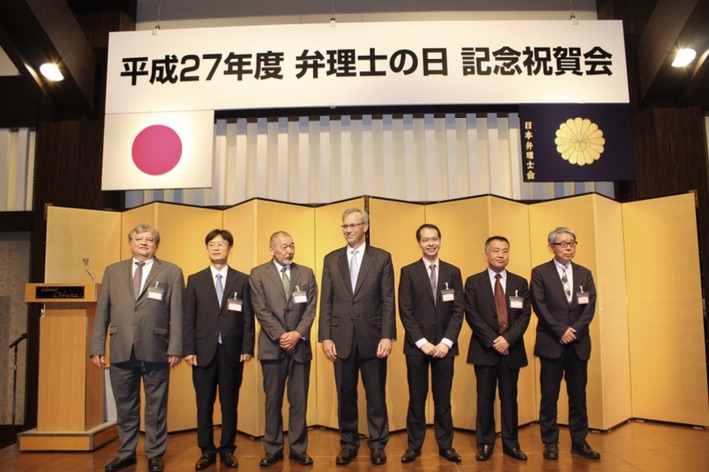 Back to ASPA News